Which “Harry Potter” Book is the Best?

Today, I will be ranking the seven Harry Potter books, from worst to best, in my opinion. Note, this post WILL CONTAIN SPOILERS! Reader discretion is advised.

“Harry Potter and the Order of the Phoenix”

This book is widely proclaimed by Potterheads to be the worst of the seven. Of course, the book was still great, it just wasn’t exactly the best one. This book was 870 pages long (US version).

The book was kind of slow, and our heroes had to suffer through the tyrannical rule of Umbridge! Don’t know or remember how she was like? Allow this cartoon to explain… 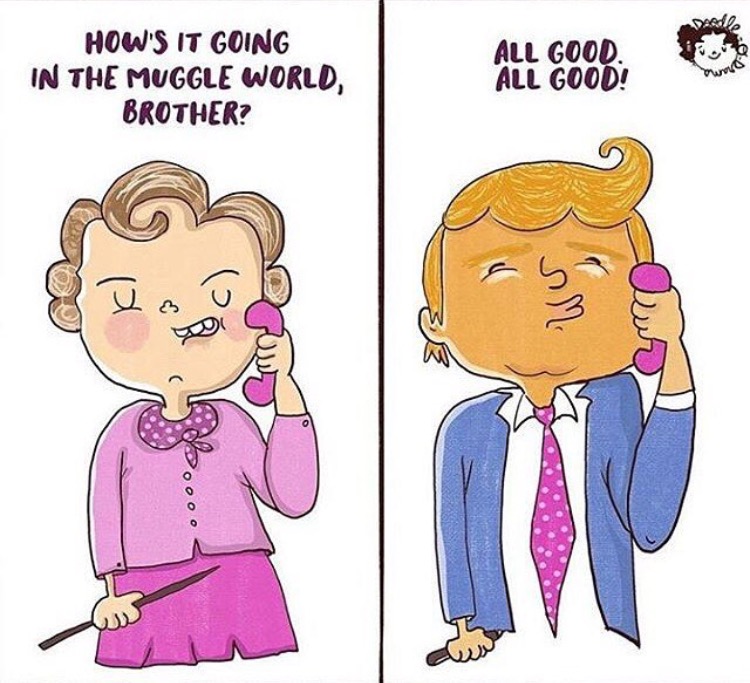 “Harry Potter and the Half-Blood Prince”

Oh boy. Snape the defense against the dark arts teacher, and Slughorn the potions master. This book really had no purpose aside from introducing horcruxes and Dumbledore’s death. This book was pretty slow too, and Voldemort’s past was strange, and much of it had no use in the long run. Overall, however, the book was pretty good. There was a ton of comedy with the Slug Club, levicorpus, and more.

“Harry Potter and the Sorcerer’s Stone”

This was the first book, the journey into the marvelous world of Harry Potter. We first found our hero and his interesting story, a fearsome villian, and the school where we all wanted to go. This book was great, but it did not stand out as much as some of the later novels.

“Harry Potter and the Prisoner of Azkaban”

The introduction of the maunders, the hunt for Sirius. The book was fast paced and full of tension and excitement. With Lupin, good defense against the dark arts teacher (for once) as well as the proper introduction of the minister, this book took a step further and ventured deeper into the Harry Potter universe then ever before.

“Harry Potter and the Goblet of Fire”

This was the first Harry potter book to pass 600 pages. It was an epic story on it’s own, with all sorts of wild and intense adventures. The appearance of the other schools was excellent, and Mad-Eye Moody seamlessly introduced the unforgivable curse, which would appear many, many times in the future. There was not anything bad about this book.

“Harry Potter and the Deathly Hallows”

“Harry Potter and the Chamber of Secrets”

For some reason, this book especially always stood out to me. I loved the idea of the basilisk and Voldemort being the heir of Slytherin. Voldemort’s insane powers were first revealed as well. The situation of the book was already established- we knew Harry’s story and his friends, but there was still some stuff to learn. The universe had been built, and the epic story continued. I loved Lockhart (until he tried erasing Harry and Ron’s memories) and the story as a whole was great.

A Very Merry Christmas to All!