Korea – Inside the Blue

North and South Korea have had poor relations since the beginning of the Korean War in 1950. After the end of World War 2, Korea split into a communist north and an American-occupied south. North Korea, backed by the Soviet Union, pushed into South Korea. American forces aided by the UN were able to push the communists back to the north. However, American forces pushed further, provoking a response from China, who came to the aid of North Korea. The war dissolved into a messy conflict between the two Koreas, China, the USSR, America, and the UN. In 1993, Eisenhower pushed for the signing of a peace treaty that “ended” the war, returning the nation to a very similar pre-war state (in terms of borders).

Flash forward to December 2011. The leader of North Korea, Kim Jong-II passed away and his son Kim Jong-un took the throne. Jong-un has show hostility towards the UN & America as long as he has been in power, but he has finally begun reconciliation with South Korea.

The most important points of the Decleration signed by Jong-un and Jae-in at the summit can be found here. Esentially, North and South Korea have agreed to take actions to prevent war between the two nations and work towards peace, co-prosperity, and unification. The two men, after embracing, planting a tree, and talking privately for half an hour, have agreed to fomally end the Korean War.

This is a major step towards world peace, and is far more than mearly symbolic. It seemed tension was increasing. The de-escelation can be attributed mainly to three people: the leaders of North and South Korea (Kim Jong-un and Moon Jae-in) and, ironically, Donald Trump.

Every since the impeachment of the former South Korean president in mid 2017, Jae-in has pushed for peace and unity. His efforts made the summit possible. Trump, who is infmaous for damaging our international relations by being rude to major world leaders (not to mention his crass remarks on Twitter) inadvertently may have caused Kim Jong-un to agree to strive for peace. Obama never too a very hard stance against North Korea, never once showing open agression towards Jong-un. Trump, through his twitter argument, has. Jong-un is likely aware that as Trump is president, a preemtive strike or any other sort of action towards NK by the US is possible. As such, he was more inclined to have peace talks. However, Trump’s behavior is still horrendous, and the fact that it was possibly useful once is negligible.

Ultimately, I feel that this summit was a huge and necessary step towards peace, both in the Korean Peninsula and globally. Let us hope that both SK and NK make good on their agreement.

Also very important to note that Kimmy jong’s dad did the same thing like 20 or so yrs ago. Ultimately he was doing for evil reasons.

BTW, trump probably didn’t inadvertently do anything. He legitimately threatened Kim-jong un.
Probably happened because Kim was calling Donald’s bluff, but everyone heard about what happened in syria 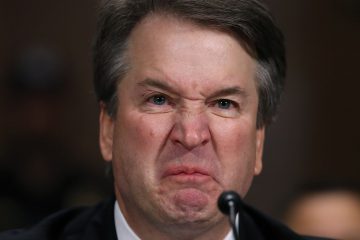 On Kavanaugh – Inside the Blue

Update 10/5: Kavanaugh has made it to the Supreme Court due to a 51-49 Senate vote. The Supreme Court will vote on whether or not to send to the Senate for a final confirmation vote. Read more…