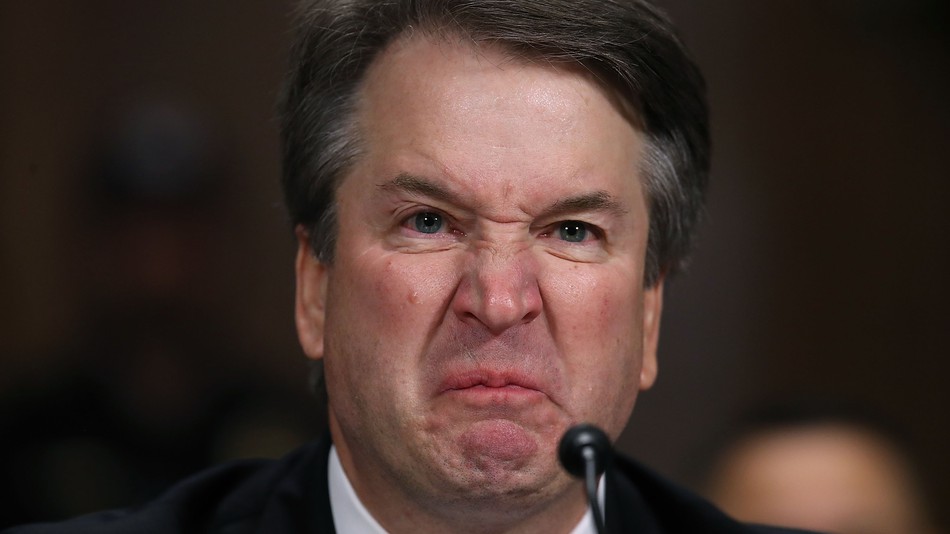 Kavanaugh has made it to the Supreme Court due to a 51-49 Senate vote. The Supreme Court will vote on whether or not to send to the Senate for a final confirmation vote.

On July 9th, 2018, President Trump announced his pick to replace retiring Supreme Court Justice Anthony Kennedy, a man named Brett Kavanaugh. Kavanaugh is an established judge in D.C. and was seen as a logical fit for the Supreme Court by many Republicans.

The next few months would see next to no action concerning Kavanaugh’s nomination and possible conformation.

Then, something happened. A woman named Christine Blasey Ford, a professor of psychology at Palo Alto University, came forward saying that Kavanaugh had sexually assaulted her thirty years ago. This sparked a massive controversy; a resurgence of the #MeToo movement of the past year.

-Ford went to her therapist in 2012 saying that she had been sexually assaulted in her past and described the man and others involved as high-ranking officials in Washington
-Senate met and led the Ford-Kavanaugh hearing last Thursday (September 27th) that was televised on national television
-Ford gave a very detailed account of the alleged assault and how it has impacted her
-Kavanaugh said that the hearings were an outrageous waste of money and time
-Many Republican senators, especially Mitch McConnell and Lindsey Graham have expressed the sentiment that Ford’s allegations are false and should be discarded

Before watching the trial, I was incredibly hesitant to pick a side in the matter. Of course, I immediately was slightly biased against Kavanaugh due to his stances on various issues and the fact of who nominated him, but I reserved judgment until watching the trial and finding out more evidence about the case.

It quickly became blindingly obvious to me that Ford is telling the truth. Her account of her assault and the effect it had on her felt far too real to be pretended. Then, Kavanaugh spoke. He vehemently  attacked the Democrats, saying that “this whole two-week effort has been a calculated and orchestrated political hit.” He was asked several questions by several senators in regards to quotes from his high school yearbook.

John Kennedy (MS-R) asked Kavanaugh a rather interesting question, one of the few direct questions about the alleged assault: “I’m going to give you a last opportunity right here, right in front of God and country. I want you to look me in the eye. Are Dr. Ford’s allegations true?” to which Kavanaugh responded “They’re not accurate as to me. I have not questioned that she might have been sexually assaulted at some point in her life by someone someplace. But as to me, I’ve never done this.”

I am no lawyer, but Kavanaugh’s testimony – the intense anger he displayed, his combativeness with the Democratic senators, and his bizarre answers to questions that often times did not even answer the question – have made me very suspicious as to how much of what we said was true. I find it probable that he perjured himself several times, especially in his denials of the alleged assault and his drinking habits, especially considering that his former roommate and drinking buddies say that he was lying.

I have seen the following reactions from Republicans:

“People in power are always accused of sexual assault.” This is simply untrue. Neil Gorsuch, Trump’s first nominee, was never accused of anything along the lines of this. Nor were any of the other SCOTUS justices, save Clarence Thomas.

“Why did she wait so long to come forward? This is clearly politically motivated.”  There is a multitude of reasons that women do not come forward. When they do, they are often not believed, belittled, or told to “get over it” or avoid their attacker. Women who come forward have to deal with being shamed or victim-blaming, not to mention the difficulty of pursuing a legal case. Many women simply believe that nothing will be done or that they will be attacked for being a victim and, as such, believe it better not to report sexual assault. Ford likely did not come forward earlier because she was worried that people would deny the attack. However, now that this man could possibly become one of the most powerful people in the country, she feels the need to say what happened.

“He was only seventeen/it was a long time ago.”  I personally believe in second chances, at least in regards to lesser crimes. This, however, is a crime of evil. This sort of action is not something that is ever forgivable.

I believe that Kavanaugh assaulted Ford.

Her account seemed very real. It is illogical that she could have fabricated evidence in 2012 when she spoke to her therapist about the attack. Kavanaugh’s testimony was full of finger-pointing and incredibly unprofessional behavior that does not point towards his innocence. His defense – the calendar that he did not mark the party where the alleged assault took place on – is an incredibly poor defense. I believe that even if he is innocent, he should not be confirmed due to his testimony. A man who lies about things as minute as what “boofed” meant when he was in high school while under oath is not a man deserving of a Supreme Court seat.

The behavior of Graham, Trump, and other top Republicans has been beyond abhorrent. Hopefully, these events will set a higher standard for officeholders to adhere by. The #MeToo movement still lives in women like Ford and will likely bring about the reckoning of rapists and harassers.

I am optimistic that he will not be confirmed, should he get that far. The two Independent senators, King and Sanders, are guarenteed “no” votes. Hopefully, most if not all Democrats will vote “no,” meaning only a few “no” votes are needed from Republicans.

I am aware that some senators – Democrats and Republicans alike – will vote “yes” in order to protect their political careers. I firmly believe that this is wrong, and I urge all of our senators to reflect upon this important desicion and make the right choice.

2 thoughts on “On Kavanaugh – Inside the Blue”